Online Poker in the US – Is it Legal? 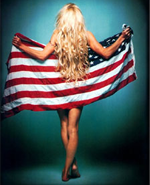 Is US Online Poker Legal?

Ok, before starting this article I would like to state clearly and in no uncertain terms that I am not a lawyer, I do not practice law of any kind, and therefore, am not an expert on the subject.

That being said, the laws surround the playing of online poker in the United States are rather somewhat hazy. There is no specific federal law as of yet that prohibits playing online poker, and no player has ever been charged and convicted of any illegal activity with regards to playing online poker.

The statute most commonly cited when dealing with the legality of online poker within the US is “The Wire Act”. The operative subsection of the “Wire Act” reads as follows:

What this states, in layman’s terms is that anybody who operates a business that facilitates gambling on a sporting event is in violation of the law. To break it down, this does not apply to players. The question that remains is whether this applies to US online casinos and US poker sites.

Several bills have since been introduced to the Senate in an attempt to regulate online “skill game” gambling, but as of yet no federal law has been established.

In 2010 however, New Jersey became the first state to pass a bill expressly legalizing some forms of online gambling with a 29-5 majority.

So to sum it up… whether it is legal for you to play online poker within the US really depends on what state you live in. Some states have passed state legislation expressly forbidding online gambling, including poker, some states simply have no law in place to regulate it, and as of November of last year, New Jersey was the first to pass a law expressly allowing online poker as well as other forms of regulated online gambling. So you will want to check the laws in the state you live in to get a more direct answer about the legality of online poker. On a federal level, it’s not illegal, but it’s not been specifically legalized either.

If you enjoyed reading this article, please consider sharing it!